Hey yo, to all my lovely (possibly non-exsistent) readers! I have been working soo much I have hardly had time to think or breath let alone blog or vlog! I doing this stuff but it takes time that I just dont have sometimes!

Well i guess i just wanted to update on a few things going on lately. Today I made arrangements to sell our crib and Kalli's Change table. I have decided that i am buying play yard mattresses and the twins will just sleep there until they transition, I loved that Kalli transitioned early so I plan on switching them early too! Another exciting this is that we have started planning the move from Room Sharing with Jordan and I to Twins and Kal all in one room! Kalli's room will be turned into a playroom! (I have lots of exciting projects in the works for that!) I am working now and Jordan is doing awesome at being a SAHD he does great :) and he even empties the dishwasher and does the laundry! YAEY!

xoxoxoxo
Posted by Kaiti at 7:03 PM No comments:

My first few days of being a working mom have been hectic! The first two days I worked afternoon shift. I got up at 8 with the kids, got them all fed and ready for the day ad played for a while. I left at 12 for work , right after Kalli went down for her nap. This made it much easier since she wasnt crying for me. But the next two days I worked the am shift, I got up at 7 and the kids were awake too ( I think they smell me wake up...) So i fed Luke and got kalli her breakfast, but when I went to leave she wounded so heart broken...

I know this is what has to happen now, but it is deffinitly an adjustment. I wish Jordan would blog about his days... maybe i'll ask him too, he has been recording alot for me, so I dont miss out too much.

I love my family so much, this is all for them!
Posted by Kaiti at 5:26 AM No comments:

Yesterday I made my first two batches of baby food for the twins! I made peas and green beans! I got 28 oz  of each and paid about 4.00! Yeay for me saving $$! 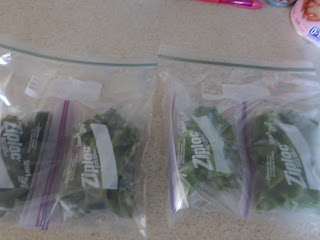 It is official! I have been hired! I will begin my new job at a local aquarium/research center's student residence kitchen! I am excited, scared and nervous all at once. This new employment means that it is time for daddy to take on momma's role! Jordan is now going to be a stay at home dad, for the next 6 months! I start work on Wednesday, so I have only a few days to give him a crash course in parenting, He is already such an amazing dad, but he is a little lost on the housewife side of things. I am not going to compile a list and guide to everything he needs to know about taking care of the house while he does the child care duties! Wish me luck! I will post what i come up with! 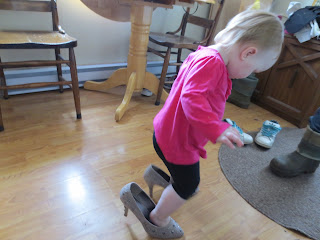 Have a "Happy" Pregnancy

I have been thinking about my future and my past and reflecting on things that have happened in my life a lot lately. One thing I keep going back to is my "unhappy" pregnancies, this hiding, the secrecy and the judgement surrounding them. While I was living on my own, with a decent income, my own car, and a stable job when I got pregnant with Kalli, I still felt like it needed to be hidden away because I was young, and I hadn't gone to college yet. I told my mom after a few days, but it was more Jordan's family that I didn't want to tell. When he finally went and told his mom, her reaction was " I don't want anything to do with it!" This was so hurtful, and because of that I kept it a secret longer and longer, I didn't tell my boss until I was 17 weeks along, and this was only a few weeks before I got put off work due to extreme sciatica, I only told one person whom I worked with because I knew I shouldn't lift heavy things and I would need some help with that. Eventually things got easier but once she was born early, and was in the hospital I didnt get the out pouring of friends and family coming to visit us in the hospital bringing balloons and cards for us. Nope, I was all alone in there. Jordan wasn't able to spend the night because of hospital regulations, so it was just me alone. When we found out about the twins I told my mom fairly soon after but other than that it was kept a secret for months, until people started finding out. Jordan and his mom didn't speak for months. Again the same thing happened with the early birth, no visitors.

Why is it that I didnt get to have a happy pregnancy announcement? It was more of a shameful experience for me. Even though I dont want to have anymore kids If i were to get knocked up again it again wouldnt be a good experience because it would be baby #4... and again shame and pity.
Posted by Kaiti at 7:20 AM No comments:

Please Go Vote For Me every 24hrs! 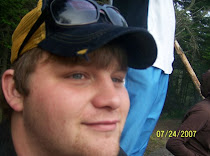 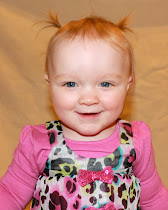 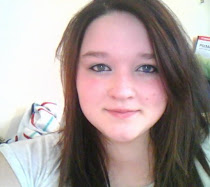 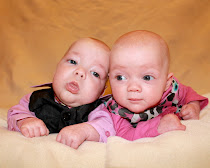